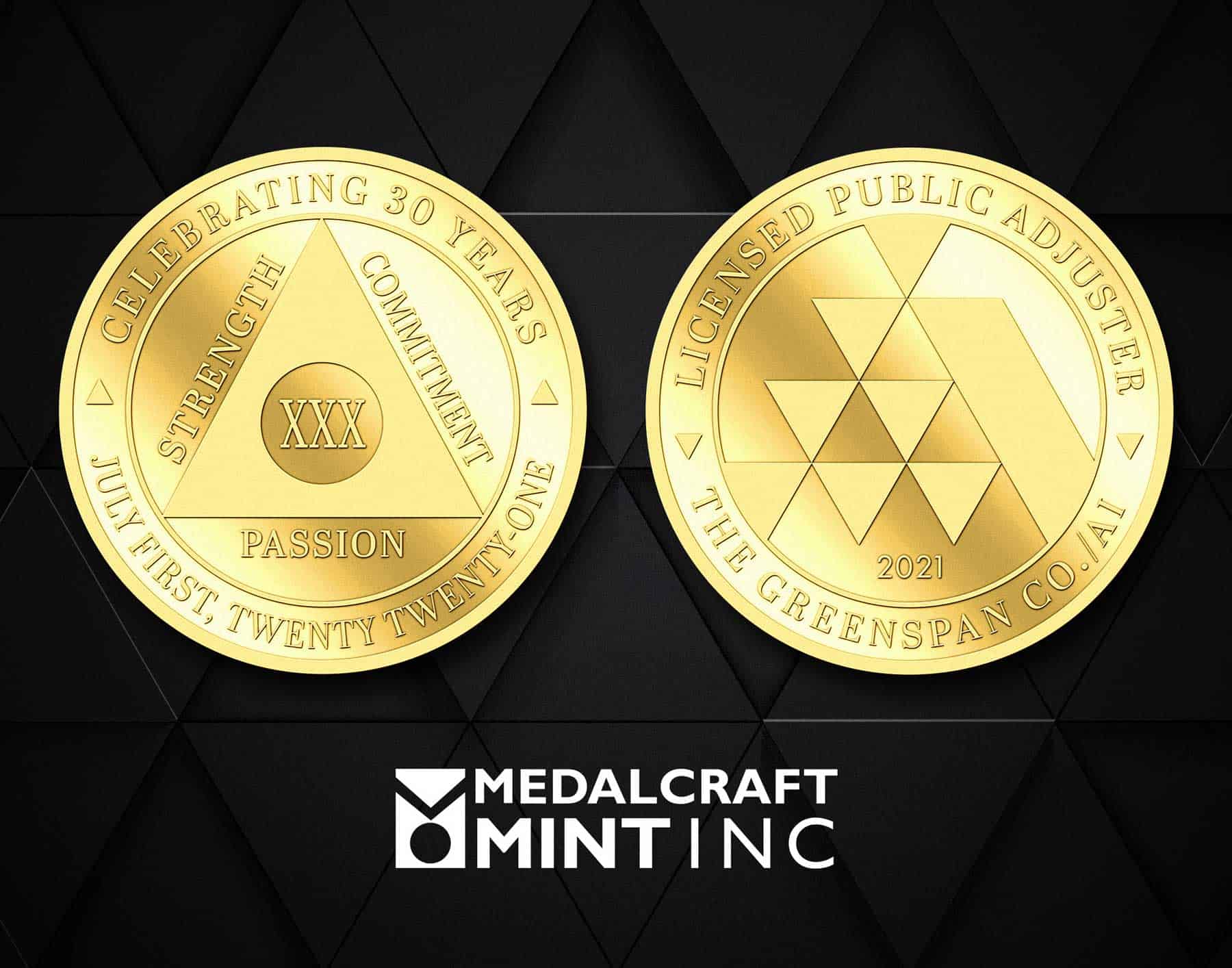 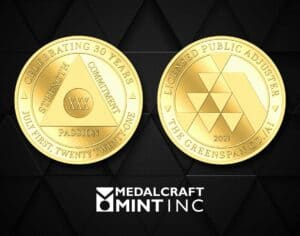 Executive assistant Rebecca Holloway found herself in a stressful position when her idea to honor a senior manager at The Greenspan Co./Adjusters International looked as though it was in danger of falling apart. Fortunately, she was able to connect with the team at Medalcraft Mint in time to save the day.

Rebecca had contacted a local jeweler about creating a custom coin to mark a significant anniversary for a manager at the company’s South San Francisco office. The jeweler took on the project, but the following week realized it was beyond their capabilities. That left Rebecca in semi-panic mode as multiple coin manufacturers refused to accept the single-coin order.

“I looked far and wide, and was close to throwing in the towel,” Rebecca says. “I had no idea it would be so difficult. The clock was ticking and suddenly we had no coin. Thankfully, a different coin maker suggested I contact Medalcraft Mint.”

The Medalcraft Mint team was able to produce the custom coin and deliver it in three weeks, meeting Rebecca’s target to present the coin early in the manager’s anniversary month.

“We were really happy that first, Medalcraft Mint was able to create this item for us, and second, that they were able to do it so quickly,” Rebecca states. “The customer service and communication were great, and we’re thrilled with the finished product.”

For more information or to request a quote for your organization’s custom coins, please go to https://medalcraft.com/ or call 800‑558‑6348.

View the original post on The Greenspan Co./Adjusters International here.