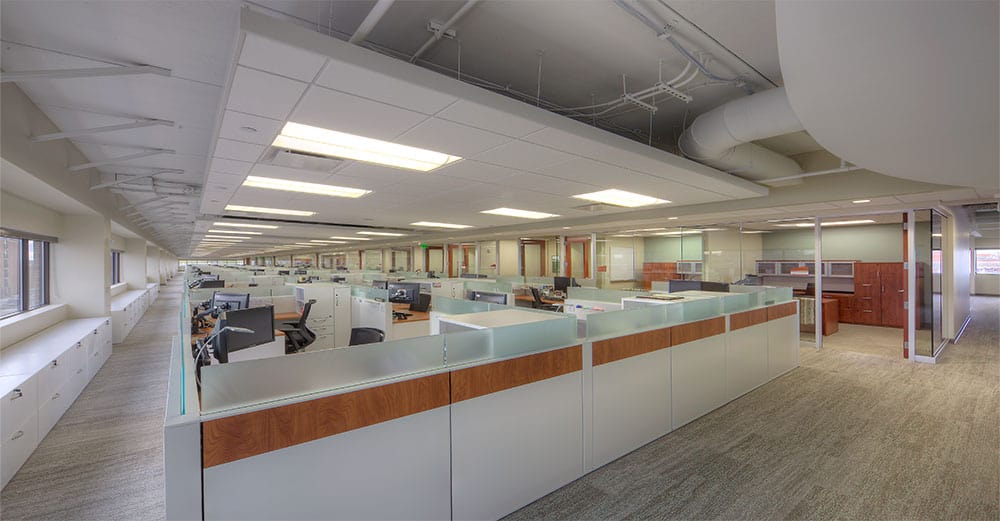 When long-time Green Bay financial institution Associated Bank decided to return to its downtown roots, the company called on IEI General Contractors to lead the renovation, remodeling and construction project management on a six-story building the company acquired for its new headquarters.

“In addition to serving as general contractor, our teams completed the interior demolition and performed the rough and finish carpentry work,” said IEI chairman Mike Johnson. “The project featured the preparation of 112,000 square feet of space in the building formerly known as the Regency Suites.”

The six-month project required working around the approximately seventy Associated Bank employees already onsite without disrupting daily operations. Crews remodeled the remaining floors of the building before moving the group to a completed floor in time to complete the project.